THE THING IN THE LAKE

"The Thing in The Lake" is a horror game made for the Fishing Horror Jam.

Get ready to face the thing in the lake once again in this new version of the game, with more art details and new added background music!

The death of your uncle does not seem accidental: what does disfigurement have to do with drowning? It does not look like the fish were that hungry for the man's face.

You suspect there is a creature living deep into the lake, the same one that might have killed your uncle and the one that's been hauting your dreams for a while now.

Go to Nu Trees Park and explore its areas to find out what's really going on in that place, in that lake.

- CHARACTERS (human and animals) TO INTERACT WITH;
- A JOURNAL TO READ;
- A BOAT TO INSPECT;
- TWO ENDINGS.

Use the arrow keys to MOVE and INTERACT.

Read about it here: Kotaku.

Made with bitsy, image-to-bitsy and bitsy muse ui.

In order to download this game you must purchase it at or above the minimum price of 1.00€ EUR. You will get access to the following files:

Never thought to have a scary fishing game. NICE!

The only problem is you can only buy it via paypal...

absolutely loved playing this! the entire mood of the game was perfect down to the limited color palette--amazing work!!!

cool game i was honestly scared but the good ending was what i expected if you know what i mean.

I'm glad you got the good ending ;)

My video on the game.

It's rare that I find a game that gives me chills. The Thing in the Lake succeeded in doing just that. Good job!

I'm glad to hear that! Thank you for playing :D

Reply
jordanthompson1 year ago(+1)
Very, very impressed you were able to pull this off in Bitsy. Love how you progressed the story through movement. Probably my favorite Bitsy game to date. Writing was geat as well!
Reply
c h i r o p t e r a m1 year ago(+1)

Hey, there, thank you for playing and making a video! I like how calm you were playing the game xD

I really enjoyed this game. I think how simple it looked really added to the overall unease feeling leading up to meeting the creature. Also, not an ending I expected. Feel free to check out my video below :)

Thank you so much for playing! <3
And thank you for making a video, as well! ;w;

Cool storytelling game! The minimalist graphics and colour palette always add to the spooky factor. The details missing from the image are left to the player's imagination, enhancing the feeling of unease. I also liked how the path branched out while the player had the choice of exploring or not to further unveil the plot. The ending I got first was quite unsettling. I liked how the story mentions things without fully explaining them, so you're left wondering what they mean and at the same time get chills from the uncanny feeling of there being something beyond what the game's showing you.

Funny how no sooner had I thought 'I'd like to be able to make a decision now' than the game threw me with two options, which were much welcome.

A simple horror game? Sure, and quite good at it!

Thank you so much for your review!

The more you explore and interact with items, the deeper you get into the story; they pull you into the game. It's an interactive fiction game, after all, so I'm always glad when players actually do that xD

And indeed there is something beyond what the game/story shows you >:D

How many endings are there?

There are two endings! :D

This game is just beautiful and simple. It has a great story! I love it.

My ending was "Face Intact"

Thank you so much for your comment! I'm glad you enjoyed the game <3

I wonder what the story is behind the thing in the lake. Why does it need love that bad? Good story, gave me the chills.

There IS a reason behind the creature's need to love and be loved, but I'm afraid it will have to wait for now as I plan on further developing the (back)story, making it into something bigger/something else! Don't want to give spoilers hehe but I'll happily read your theories if you have any!

In that case I can't wait for you to release the prequel.

Also,  I have a butt load of theories. The bigger ones is that the Thing in the lake was a person who had their heart broken by the uncle's uncle or someone in that bloodline. The concept of needing to love and be loved has to come from somewhere, but I am not sure what incident provoked this.

But I do think that the Thing in the lake has some connection to the males of main character's family history because it only goes for those men and not random guys from elsewhere.

I figure there is something like a curse that causes to draw those specific men to the lake and give them nightmares, and that the thing itself caused that chain reaction from the very beginning. I figure it was passed down from generations or something activates it to bring a new victim to the lake.

Also, why the lake?? The lake itself or maybe even water has to have some sort of connection behind all this.

... Yeah. I know you won't either confirm or deny any of this, but you did say you'll happily read my theories.

Keyword: theories (aka. more than one theory, and I have several of those >:D)

Thank you so much for sharing them with me! <3

The concept of needing to love and be loved does come from somewhere! There will be an explanation, I just hope it won’t disappoint :D

Also, maybe this one I can tell you: the lake is important because it’s the creature’s home, it’s very precious to it.

If your storytelling here is any indication, you won't disappoint :D

Thanks for the little hint! Now I can make more batshit crazy theories! Starting with...

iS tHe CrEAtUrE a MeRmAiD??

Yep, the creature is some kind of (creepy) mermaid/merman >:D

Love this; the color palette is simultaneously cute and unsettling and the story is very rich w/ multiple endings! Super impressive work!

I confess that I always take a while to find the perfect color palette for a game xD but I’m glad you found unsettling and cute at the same time :D

I really liked playing this one. Also, your drawings are really cool! I played it twice to get both endings. The story and the art are amazing. Can’t wait to see what you make next! 🎣

It was a fun game. I feel like it connected to how I feel sometimes. Lonely, desperate to be accepted, to feel like I belong. Is that weird? XD Anyways, yeah I enjoyed playing this game. It has a kind of like... hmm.. vague... no... distant... no... maybe... can't find the word for it feel to it. (edit) Surreal! That's the word I was looking for... maybe.

That's not weird at all! The way you described how you feel sometimes is exactly how the creature feels: lonely and definitely desperate to be loved.

Yay! It isn't weird! And I loved this game, so I couldn't help but comment on it.

All that suffering, and the heartbreaking ending. It was unexpected, and yet it was incredible

*_* Thank you so much for playing AND making a video! I loved your reactions! <3

Thank you for your comment! I’m glad you loved the game <3

That was really amazing!  Thank you, for sharing your game with us!

Thank you for playing! I’m glad you liked it :D <3 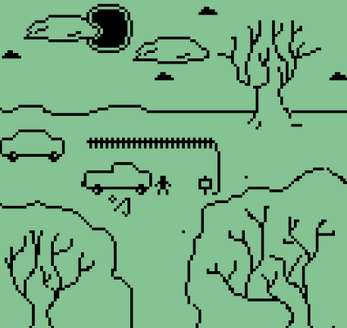 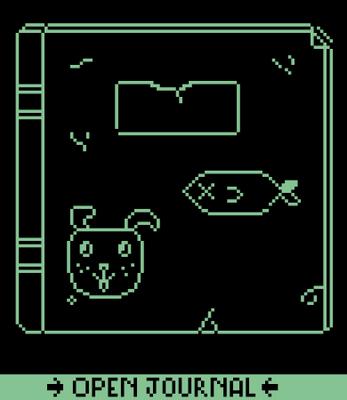 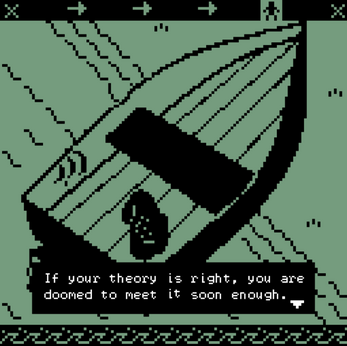 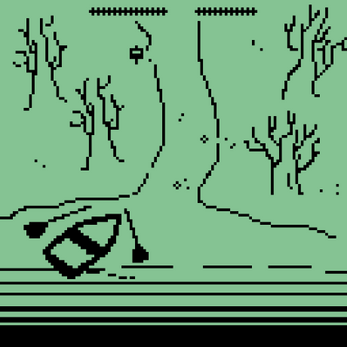